I have heard that acetaminophen is toxic to cats. This is such a common medication. Is this true? 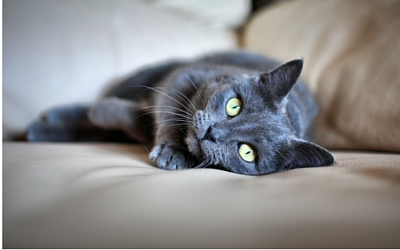 Acetaminophen is a medication that is used to treat fever and/or pain in humans. Unfortunately, acetaminophen toxicity in cats is very common as cat owners attempt to treat their cats for pain without first consulting with a veterinarian. Cats face a greater risk from a single dose of acetaminophen given to them by their owners than dogs do.

“Cats have a genetic deficiency that makes cats vulnerable to acetaminophen toxicity.”

Cats have a genetic deficiency in a metabolic pathway in the liver that breaks down medications, called the ‘glucuronide conjugation pathway’. This deficiency makes cats vulnerable to acetaminophen toxicity.

What are the signs of acetaminophen toxicity in cats?

Signs of toxicity from acetaminophen may develop within 1–4 hours of ingestion. These cats will experience a progressive depression, and they may develop rapid breathing. They may experience abdominal pain and nausea, causing drooling. Their mucus membranes, for example, the gums or the tissue surrounding the globe of the eye, may develop a bluish discoloration. This is called ‘cyanosis’ and is the result of a molecule called ‘methemoglobin’ that interrupts the ability of the red blood cell to carry oxygen to the tissues of the body.

“Occasionally, the first sign of
acetaminophen toxicity is death.”

Some cats will develop fluid buildup in the face, paws, and forelimbs several hours after ingesting acetaminophen. The urine may become dark or even chocolate-colored from the presence of blood or methemoglobin. Occasionally, the first sign of acetaminophen toxicity is death. Death as a result of methemoglobinemia occurs 18–36 hours after ingestion.

Is there any treatment for a cat who is experiencing acetaminophen toxicity?

The presence of methemoglobin in the blood demands a prompt diagnosis, hospitalization, and aggressive care. Likewise, dark or bloody urine, or yellowish discoloration of the skin or mucus membranes (jaundice) demands inpatient care. These cats need very gentle handling, as they are often fragile.

Depending upon the timing of the acetaminophen ingestion, your veterinarian may induce vomiting, and may perform flushing of the stomach. This is only useful within 4–6 hours of acetaminophen ingestion. A low red blood cell count, called “anemia”, blood in the urine, called “hematuria”, or the presence of hemoglobin in the urine, called “hemoglobinuria”, may require transfusion of whole blood. In addition, intravenous fluid therapy is delivered to maintain proper hydration and electrolyte balance.

Activated charcoal may be administered immediately after vomiting has been induced or after the stomach has been flushed, once vomiting is controlled. The activated charcoal attracts the remaining molecules of acetaminophen and keeps them from being absorbed from the gastrointestinal tract. A medicine called N-acetylcysteine (Mucomyst®) is considered to be an antidote for acetaminophen toxicity. Vitamin C (ascorbic acid) reduces methemoglobin levels in the blood over time.

Once a cat is treated for acetaminophen toxicity, is there any follow-up that must be done?

Blood levels of methemoglobin must be monitored. In addition, levels of serum liver enzymes are monitored in order to assess for liver damage. The level of a compound called glutathione in the blood helps to assess the effectiveness of treatment. Liver damage and the resulting scarring may compromise long-term liver function in cats who recover from acetaminophen toxicity.

© Copyright 2016 LifeLearn Inc. Used and/or modified with permission under license.